"Digital Messiah" Vertigo. Considers himself as the ruler of cyberspace. Calculates his opponents, looking for their weaknesses. Use his "lasers" to scan opponents. Can use dirty tactics, if it will lead him to victory. Considers himself better, then all of his opponents. Became a contender, by winning the "High Stakes" Tournament early this year. Also, he engaged in heavy metal music, participates in several musical groups. The most famous called "Grace Disgraced". 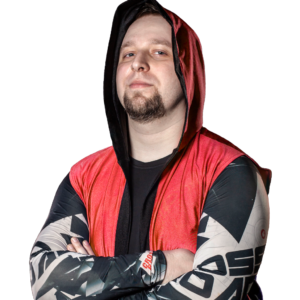